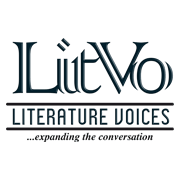 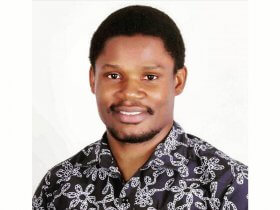 “Writing itself is a Spiritual Exercise” INTERVIEW WITH MAHE SALIHU

Aisha Kabir: Please could you briefly introduce yourself?

Mahe: My name is Salihu Mahe. I am a writer and a freelance editor. I mostly write poetry. Occasionally I do short stories though it is been a long while. But when I do, I often write creative nonfiction about my experiences. I can now say I am an author as How to View the World from a Glass Prism is my debut collection.

Aisha Kabir: Your book, How to view the world through a glass prism is your first what inspired it? How long did it take you to write it? What exactly did you want the reader to see in the book?

Mahe: How to View the World from a Glass Prism was inspired by the individual poems themselves. After writing a number of poems with that particular theme and texture of ‘How to’, I thought they may look good when put into a themed collection of some sorts.

I would not say I wanted the reader to see something in the book more like what I wanted to write in the book. This collection is how I see the world, I am the man in the glass prism, the reader is however welcomed to share the view from my vantage point but even if we look from the same place we are likely to see different things. I wanted to write a book that looks at different intricacies of life and propose an instructional guide on ‘How to’ navigate through those puddles.’

Aisha Kabir: Do you think the publishing industry in Nigeria is meeting the demand of writers who are churning out scripts daily?

Mahe: Churning out scripts daily does not exactly mean they are worthy of being published. Before we talk about meeting the demand of writers, we first need to talk about the quality of writing that comes out from the hands of Nigerian writers. There is a lot of improvement needed in that area. I would say we do not have enough quality manuscripts out there, that is because Nigeria itself and the literary industry do not provide enabling environment for writing. There are not enough writing grants, residencies, workshops, and scholarships in the country. And without these enabling environments we are likely to end up with more subpar write ups.

On the other hand, despite my above statement, I would say the publishing industry are not meeting the demand of writers because there are still good manuscripts out there that do not see the light of the day. This is mostly affected by first time authors who are yet to make a name for themselves. The struggle is real but with the advent of e-publishing it has improved a lot in that area due to its affordability and easy access; though in Nigeria we do not consume much of electronic print media. One of the reasons publishing houses are not meeting the writers’ demands is from the commercial aspect of it. Publishing is not exactly a cheap endeavour; it costs a lot of money and the market for it is not there. Our reading culture is poor and the commercial value of the literary industry in Nigeria has not been actualised. More needs to be done.

Aisha Kabir: How did publishing your first book change your process of writing?

Mahe: I guess we would have to wait and find out. I still haven’t gone out of the publishing zone just yet. Though the books have been printed but the book launch is in 5 days then distribution and sales would follow suit. So, I still have a few steps to go but, in the meantime, I can say that it has reduced the time I would use to write. Maybe, after all this is done, I can see the effect it had on my writing.

Aisha Kabir: Many writers have alluded to writing holding some spiritual essence, especially poetry. Have you ever encountered such feeling or process? What do you think those who have experienced it are talking about?

Mahe: Writing itself is a spiritual exercise. To write, you often find yourself in an astrophysical state almost detached from the physical realm. When muse comes to you it is like a voice with a message, but you do not exactly know who the messenger is, almost like a revelation. Often spiritual essence is attached with writing and more so poetry and I would like to agree. To write poetry often means to transcend the physical realm, to mediate between the outside world and inner one. Often, I would read a poem and I would be awestricken by it only to realize that I wrote it and I would almost have no recollection of having the wisdom to have written something like that. Sometimes there are just no words to it.

Aisha Kabir: Many writers draw inspiration from the Sufi mystic poet, Rumi. Have you read him? Has he in any way influenced your writing? What is the mysticism about Rumi that has endeared him to millions of readers around the world?

Mahe: I have read only a few of Rumi’s poems, some I come across on social media but hardly ever with the intention to read him so I cannot say much about him but yeah people often draw inspiration from him because that is what symbolizes him, mysticism. I think what endeared him to readers across the world is his simple wordings packed with heavy meanings. His works often evoke introspection.

Aisha Kabir: You once worked in a bank. When did you decide to focus more on poetry and why? Why did you leave banking? What do you do now?

Mahe: I decided to give poetry more focus during and after my service year. I was doing not much there and poetry served as a good companion that helped me express my thoughts. We have been good friends ever since though sometimes it deserts me.

Aisha Kabir: As a Muslim do you think religion is an important element that influences a writer?

Mahe: I think religion, especially Islam, covers all facets of life, writing included. I think for every writer ethics and conducts play important roles in how they write and for a Muslim writer like me that is Islam. It may not be pronounced in my writing style, mostly subtle but it is there.

Aisha Kabir: Which one settles more in you between spoken word and page poetry? What is the difference between the two?

Mahe: I would say page poetry. Let’s just say I do not like rehearsing or trying to wow an audience. I prefer to write it and the reader takes it in however they wish to. The difference between the two is not as much as people often tend to think. The difference lies in their mode of communication. One appeals to the cognitive while the other appeals to the sensory. I like to set a parable of novel writing and scriptwriting. Both can be telling the same story but in different settings and modes; same thing with page and spoken word poetry.

Aisha Kabir: What should your readers and fans look forward to?

Mahe: They should look forward to my book. It comes out on the 25th of October 2020, after which it would be available in several bookstores across the country. For more streamlined information, one can check my website www.mahesalihu.com (you can also buy the book from there) and can follow my social media handles. Twitter @SalihuMahe and Instagram @mahesalihu. They should also look out for my next collections in the near future by God’s grace.

Aisha Kabir is currently a Law Student at the Ahmadu Bello University, Zaria. She has a burning passion for literature and poetry. She is the 2019 winner of the Andrew Nok Poetry Prize from Yasmin El-Rufai Literary Foundation (YELF). She has featured in the Nigeria Review. In her spare time, she enjoys watering plants and taking tea. Most of her works are unpublished. 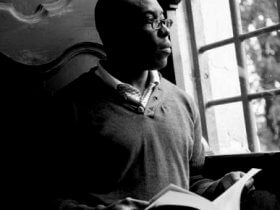 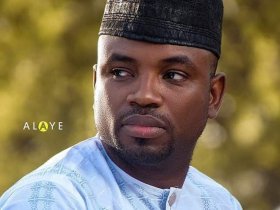 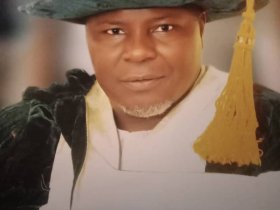 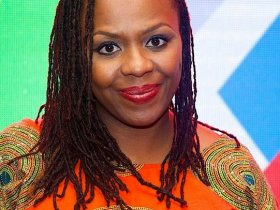